Death of a Salesman

Austin Playhouse brings Arthur Miller’s classic drama Death of Salesman to life from February 17 – March 12, 2017. It’s 1949 in Brooklyn, and Willy Loman, the failing salesman who once made his living “riding on a smile and a shoeshine,” begins to crumble under the weight of the American dream. Recipient of the Pulitzer Prize, multiple Tony Awards, and widely considered to be one of the greatest plays of the Twentieth Century, this emotionally gripping tale is an exploration of failure and success that still resonates today. 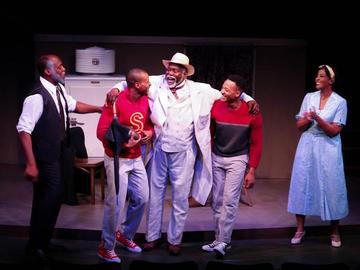